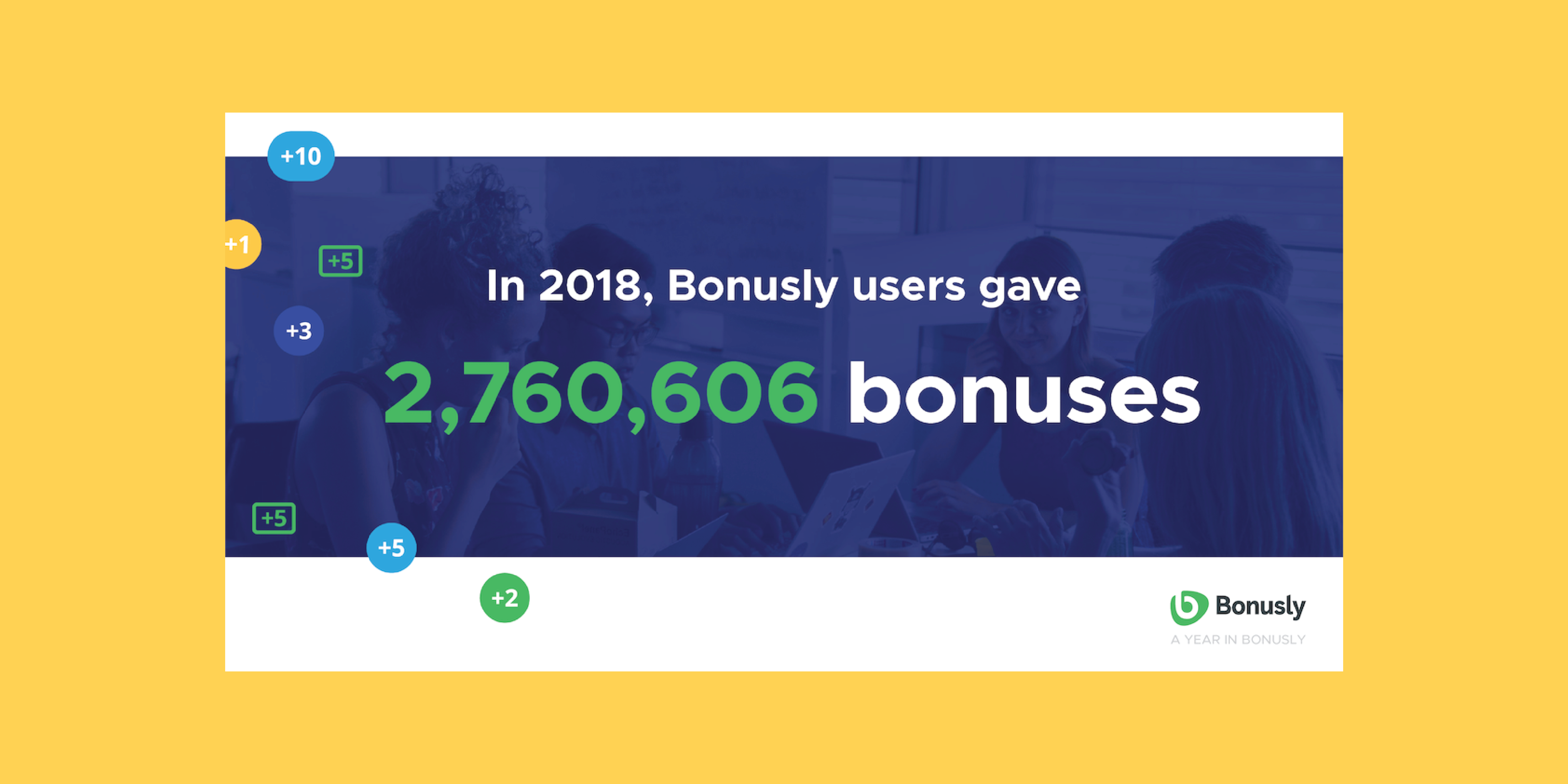 Remember 2018? It really wasn’t so long ago that we were chatting in Slack about who heard Yanny and who heard Laurel.

Isn’t it fun to think back on how much your team has accomplished together over the past 12 months?

2018 was a year full of fun, personal recognition in the Bonusly community; more organizations around the world are unlocking the power of recognition to enrich their company cultures and improve employee engagement. 🎉

The numbers don’t lie: Bonusly users gave 2,760,606 bonuses in 2018, and more than 75% of users were recognized at least once a month! If bonuses were miles, we could've gone to the moon and back almost six times. 6️⃣🚀🌕

Fifty-two percent of all bonuses were interdepartmental and seven percent of bonuses were given by managers to their direct reports. Because Bonusly empowers users to recognize their peers, direct reports, and managers, employee recognition isn't limited to top-down positive feedback. Almost one in four bonuses had add-ons, which indicates that the impact of great work extends far beyond the person giving the recognition.

Because recognition in Bonusly is directly tied to company core values, we can easily track which values are being invoked most often. We were curious how much overlap there was between companies, so we reviewed the 100 most-used bonus hashtags and found some really exciting trends.

Teamwork, excellence, and passion were the three value themes that Bonusly users exhibited most often. Customer service made it into the top 10—shout out to our legendary Customer Success team!—and kindness and gratitude did, as well. 🤗

Seventy-five percent of our customers integrate Bonusly with their chat tools. Fifty-two percent use Slack, and almost 12% use Microsoft Teams and Hangouts Chat.

We added 57 new rewards to our default Reward Catalog and users redeemed their earnings for a total of 356 different brands. Amazon, PayPal, Walmart, and Starbucks were in the top 5 but a Bonusly-exclusive reward also made the cut!

Allowance Boosts, which users can buy with their own earnings in order to give more bonuses to their teammates, were the fourth most popular reward in 2018.

We're not crying, you're crying! 😭

Our customers got pretty creative with custom rewards, which accounted for 5% of all redemptions. Front, Dribbble, and Square Root had a few of our favorites, offering a Back to the Future Brick Headz Kit, a co-founder leading a team call as a Muppet, and a donation to a local animal shelter, respectively.

And because #GreatWorkSupportsGreatWork, we're thrilled that Bonusly users donated $63,384 of their earnings to charity in 2018. ACLU, Habitat for Humanity, the American Red Cross, World of Children, and Girls Who Code were the five most popular nonprofits in our Reward Catalog, although users supported a total of 28 nonprofits. (Find out how much Bonusly users have donated since we started keeping track.)

Thank you all for filling 2018 with fun and personal recognition. We can’t wait to see what 2019 has in store for us! 🎉

Check out the full PDF report and if you want to share it on social, be sure to include the hashtag #AYearInBonusly.

Now, will one of the Bonusly users who redeemed their earnings for an Applebee's gift card take me out to dinner? All this data is making me hungry!

Extend the reach of your recognition program with Bonusly and Zapier 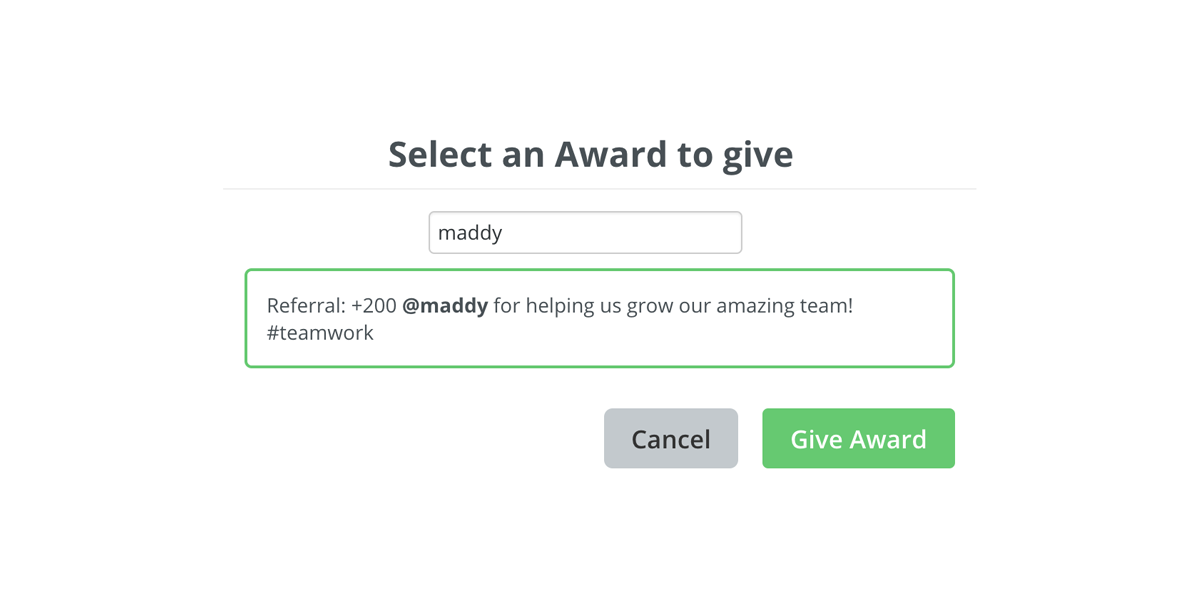