How to Make a Work Anniversary Meaningful

Many organizations miss the point—and the benefits—of work anniversaries entirely.

Each year with a great team member is an achievement that should be celebrated with intention. Creative employee rewards can be the first step, but if you really want to make a work anniversary meaningful, you'll need to do better than handing out a plaque, postcard, or paperweight.

Despite questionable efficacy, most employee recognition programs still focus on tenure. Researcher Josh Bersin found that of the billions companies spend on recognition, most companies utilize programs that focus on rewarding tenure:

87% of companies have some type of tenure-based reward program. That means you get rewarded for 'sticking around'. Our research found that these programs drive very little value at all, and in fact only 58% of the employees we surveyed even know that their company has such a program.

What are we truly celebrating when an employee reaches the one, five, or ten-year milestones? It shouldn't only be about the amount of time they filled a seat; it should be about what they contributed during that time. That's the crucial point most tenure programs miss.

So what could you do to show an employee the immense impact their work has made on the organization during their tenure, and how do you make that celebration memorable? 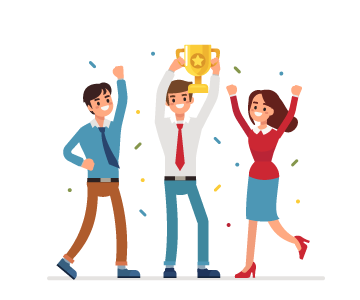 Being in the office—whether the in-person or virtual one—for another year isn't really the contribution. It's the countless problems solved, the improved work processes, the surpassed metrics, the meaningful relationships built with colleagues—the contents of that additional year that matter.

Even after a single year, there's almost certainly going to be a highlight reel of contributions an employee has made to your organization. Don't miss out on an opportunity to celebrate and recognize your team by expressing your appreciation.

Need to know more about the benefits of employee recognition? Download our Guide to Modern Employee Recognition!

So, one idea is to craft a thoughtful work anniversary speech or message.This doesn't have to be a large-scale, dramatic presentation at your all-hands meeting. A work anniversary speech, message, or announcement just needs a few components to be meaningful to the recipient and often inspires other team members to share their own thoughts and memories. Here are some tips:

Be specific about it—don't just say, "Ahmed has grown a lot since he started last year, and we're lucky to have him."

If he did grow a lot, that's wonderful! Highlight the specific areas of growth and why that growth was so important. Help everyone understand where he's improved his skills, and why it matters.

Not only is it more meaningful for him to receive specific praise, but there's also a good chance it will be useful for his colleagues to learn about his expanded skill set. They might require those skills in an upcoming project, but if they don't know he has them, they'll probably never ask.

Don't say, "We're so glad Keisha's been leading our engineering team for the past five years. We're looking forward to the next five," and call it a day.

2. Highlight the reasons your team is appreciative

Did she show grace under pressure and help her team through an exceedingly challenging situation? How did that impact others on the team? Highlight that. 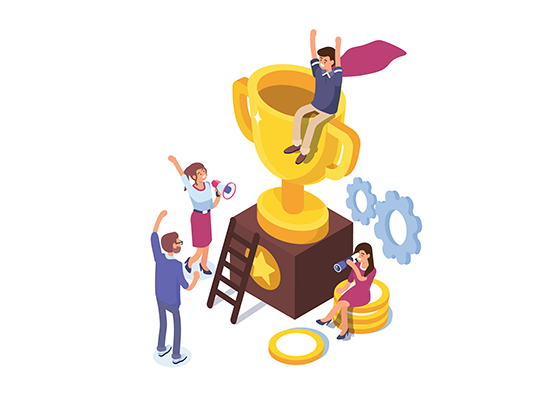 Did she win an industry award, secure a coveted certification, or receive a patent grant? Those are all major achievements. They're reasons to celebrate, but everyone may not know about them unless you share them.

"Happy anniversary! We appreciate your contribution to the team, and wish you much more success in the years ahead."

This shows a lack of familiarity with the recipient's actual contributions. That's not only going to be ineffective, it could easily come off as insincere.

I wish I could say I conjured the above quote up as an extreme case, but it's based on several examples of "great work anniversary messages" from across the web.

Work anniversary notes like this might seem to provide a nice sentiment on the surface, but they're impersonal, and they don't celebrate the unique contributions each member of the team makes.

Here's a quick litmus test: If you could say the exact same phrase to anyone on your team, it's not personal or unique enough—and as a result, it's probably not going to be very meaningful to its recipient.

If you could say the exact same phrase to anyone on your team, it's not personal or unique enough — and as a result, it's probably not going to be very meaningful to its recipient.

Sure it's better than nothing, but nothing isn't far off. It doesn't take long to think about the contributions of a tenured team member, and the benefits very much outweigh the effort.

Want our newest blog posts straight in your inbox? Sign up for our bi-weekly newsletter!

This can't be stressed enough.

Get everyone involved. There are almost guaranteed to be some valuable contributions this employee made that you weren't aware of. As more people take part in the appreciation, unknown and unexpected contributions will surface.

Opening this celebration up to the entire team and encouraging their participation will not only make the work anniversary more meaningful, but it's also likely to improve work relationships, as well.

This also takes some of the pressure off of leadership. Here's an example of public recognition at CB Insights:

People like the automated birthday and work anniversary bonuses. Our mid-and senior-level leaders are active on Bonusly, so everyone gets involved in celebrating these special milestones. The Work Anniversary Award reminds us to highlight new employees’ first days and celebrate tenured employees’ years of service.

She continues: "Because we can store everyone’s start dates in Bonusly, work anniversary bonuses are automatically issued on the appropriate date and we don’t have to do any admin work. We’ve grown a lot recently—we had 33 employees in June 2015 and we have over 200 today—so the automated Work Anniversary Awards prompt us to celebrate the people that have been here for several years and welcome those who are just joining us." 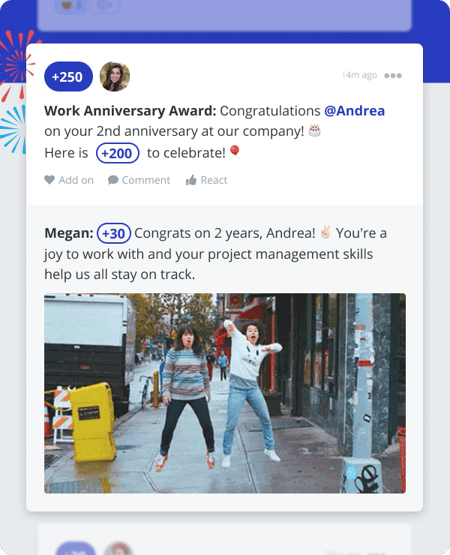 And remember: a work anniversary should not be the only time an employee receives recognition each year. It's even less effective when that recognition is generic and handed down from management.

Let the team help decide how to approach work anniversaries so they're meaningful and positive rather than mandatory to participate in as a team.

It's important for everyone to know how their work impacts their team, the organization, its customers, and the world at large.

Nathaniel Koloc wrote a great piece in the Harvard Business Review titled "What Job Candidates Really Want: Meaningful Work." In it he explains a key feature of many top performers:

They are not picking their next job based on the size of the paycheck. They are instead looking for a worthwhile mission and promising team to join. And, they are having a frustratingly hard time finding that.

Think about it this way: you don't want to see another year pass by and feel like you have nothing to show for it. Work anniversaries, like birthdays and reunions, are epiphany moments—key milestones when employees reflect on their past choices and think about the future.

An employee's work anniversary is the perfect opportunity to thank them for the meaningful impact they've made over the past 12 months and over the course of their career.

Find more tips on employee engagement in our Essential Guide to Employee Engagement!

Don't just say, "You've made a big impact this year." Explain exactly what the impact was, why it matters, and how crucial their work is to the team, the organization, and the people it serves.

Don't just say, "You've made a big impact this year." Explain exactly what the impact was, why it matters, and how crucial their work is to the team, the organization, and the people it serves.

It's highly motivating to be reminded of the purpose behind your work and how important it is to so many people.

Give frequent recognition—all the time 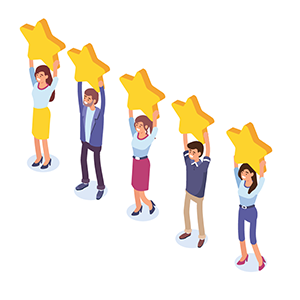 How do you highlight a whole team of employees' contributions consistently on such a personal and individual basis?

Don't wait until a work anniversary to show your appreciation for their work. Show your appreciation frequently, make it as visible as possible when you do, and encourage others to follow the same strategy. The faster you recognize an individual and action, the more impactful it can be, creating an explicit connection to positive behavior.

As leadership expert Josh Bersin put it in his Forbes article on effective recognition:

Make it trivially simple for employees to recognize each other.

That's really it. That's the key.

All of this is going to be dramatically easier and more effective if you and the rest of the team are already visibly recognizing and rewarding contributions as they happen throughout the year.

This is especially true if you've got a system for keeping a record of those contributions, and the praise they generated.

Instead of scrambling for examples of the contributions someone's made throughout the year, you and everyone else on the team will already have a pretty good sense of what those contributions were, and the impact they had.

You'll have a laundry list of great things you can highlight when the time comes.

Although work anniversaries are one of the most common forms of employee recognition in use today, they're often poorly executed.

Think about your goals for this, and how your strategy is helping to achieve them. If you're handing out greeting cards each year and calling it good, you're missing a huge opportunity.

Even taking a few of these points into consideration can help make anniversaries something everyone looks forward to. Looking for a scalable way to celebrate work anniversaries? Learn about Bonusly's automated Anniversary Award.

And if you're ready to take the next step in building a great company culture, check out our latest guide: 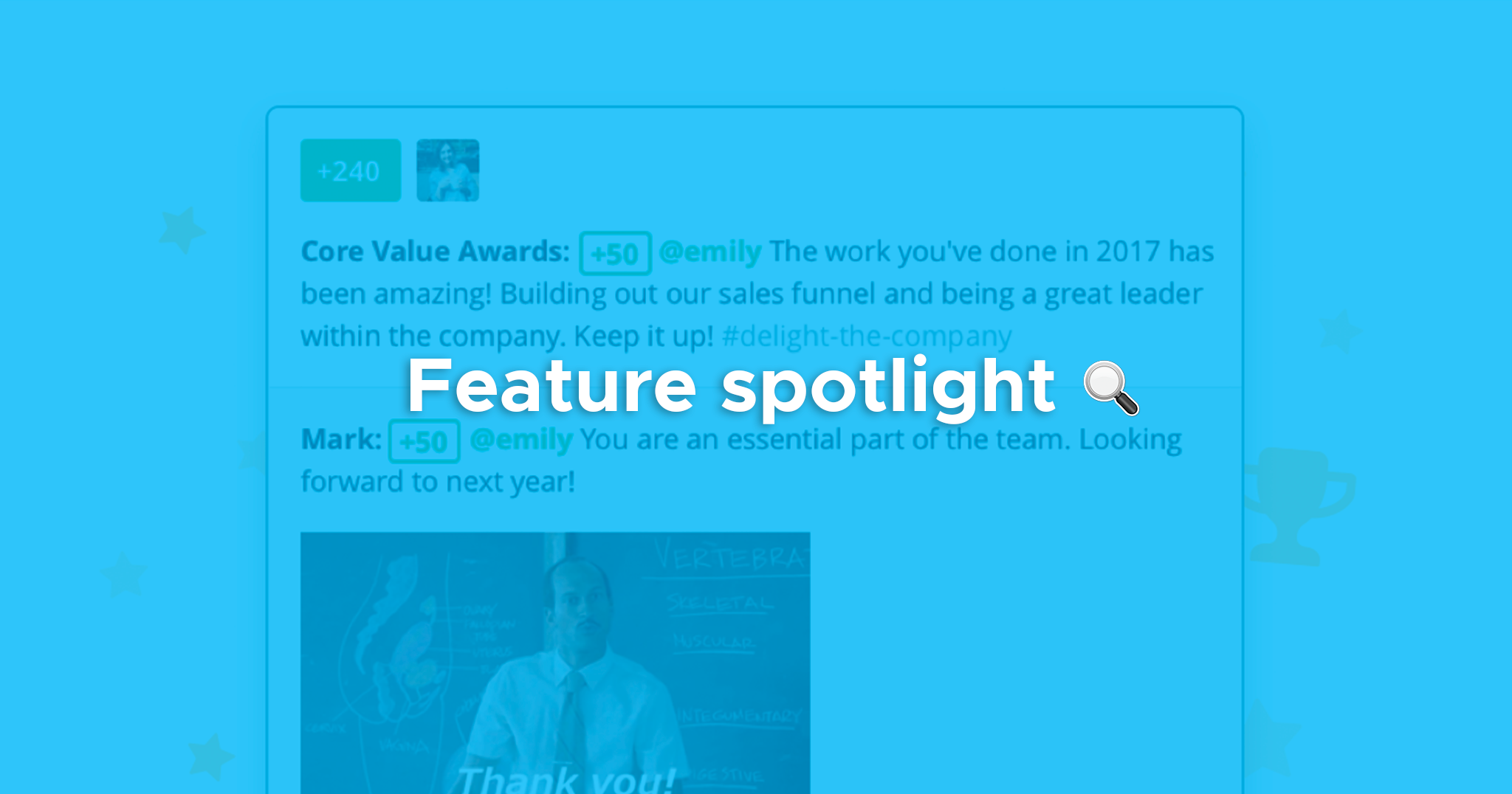 Getting started with Bonusly Pro 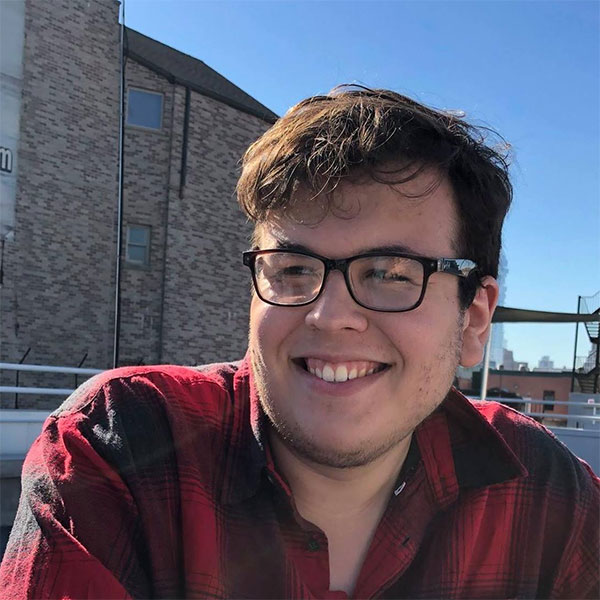 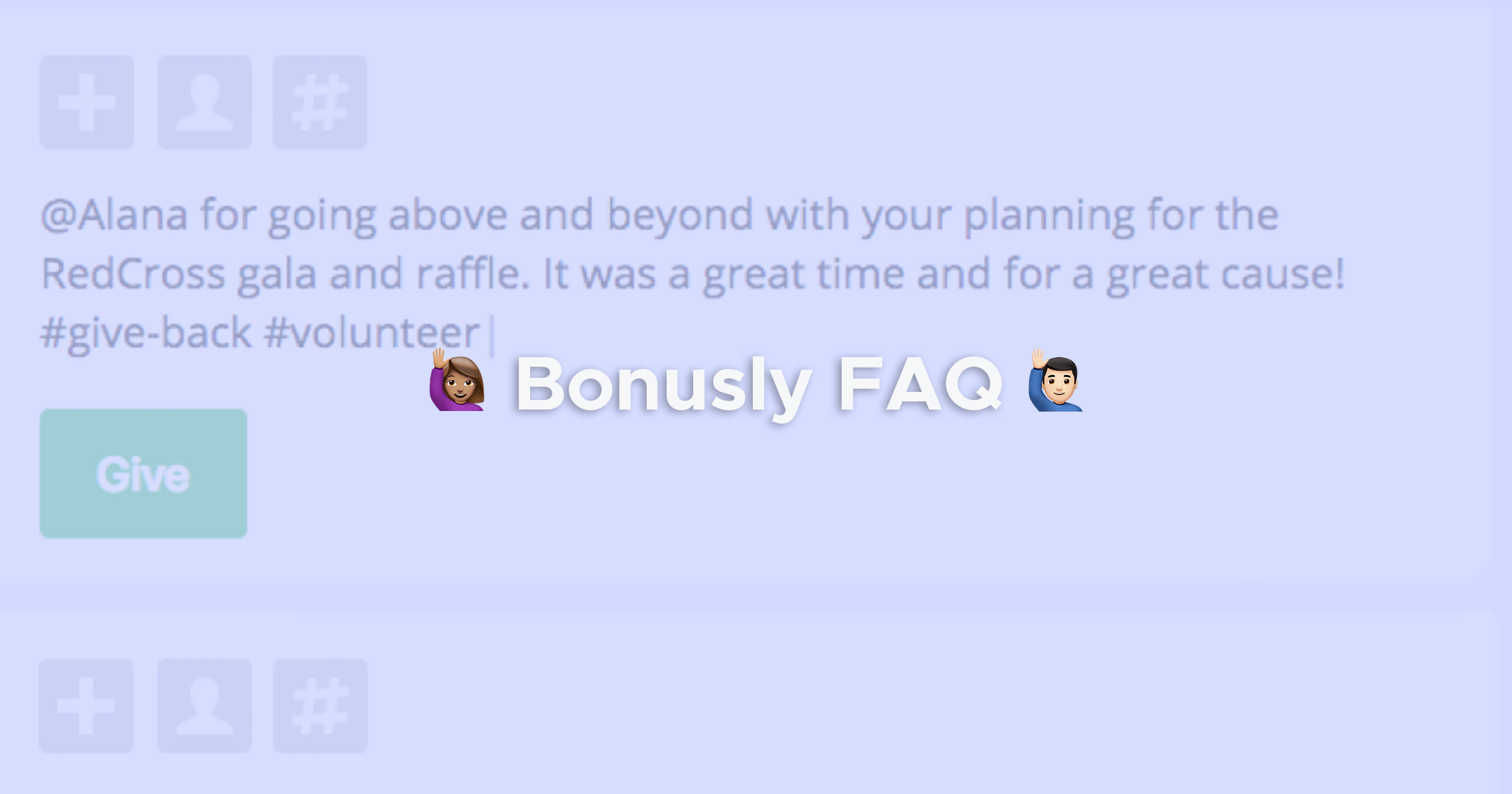