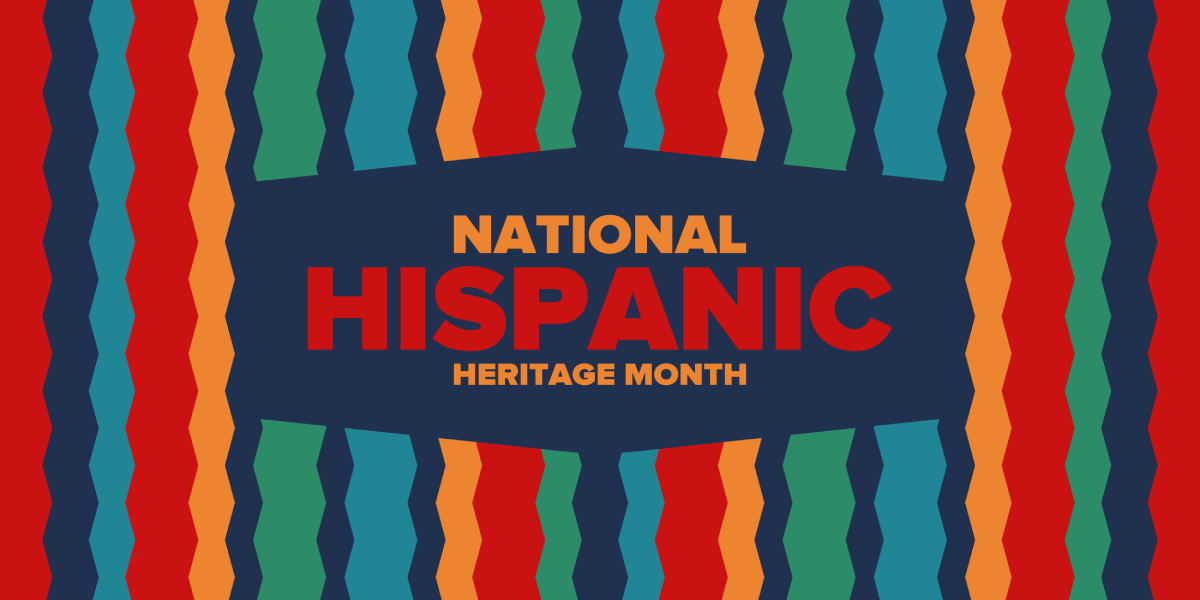 Fall is the best season, don’t you think? 🍂

Along with the changing leaves, crisp air, and pumpkin spice everything, the period between September 15 to October 15 is also Hispanic Heritage Month!

We’re big champions of the idea that employees should be able to bring their whole selves to work, and that includes acknowledging and celebrating their ethnic, racial, and cultural backgrounds.

So, let’s talk about Hispanic Heritage Month and what your workplace can do to recognize Hispanic/Latinx-Americans and their cultures at work.

What is Hispanic Heritage Month?

During the 1960s and through the peak of the civil rights movement, the United States was becoming ever more aware of the diversity of identities in its communities.

Why September 15? This date was chosen because it coincides with the Independence Day celebrations of five Central American nations—Costa Rica, El Salvador, Guatemala, Honduras, and Nicaragua. Mexico also celebrates its independence from Spain on September 16, 1810.

What a month for revolution! 😄

“The rich ethnic heritage of Hispanic Americans gives us cause to celebrate because it is a proud and colorful portion of our Nation's heritage.”
–President George H.W. Bush 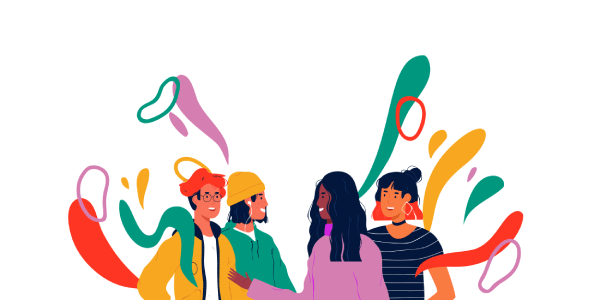 As we mention in our Black History Month article, race in the workplace can be a touchy subject! Many organizations try to be “colorblind” in a misguided attempt at establishing equality.

In fact, when companies downplay demographic differences, this actually increases underrepresented employees’ perception of bias from their white colleagues and reduces engagement in their work. 😬

Your employees should be able to openly discuss, embrace, and be proud of their cultural and ethnic backgrounds. After all, people of Hispanic descent make up 18% of the U.S. population. It’s about time we acknowledge the rich histories of our colleagues. Embrace your differences, and be open to learning!

That being said, here are a few other best practices to keep in mind as you celebrate cultural occasions in the workplace:

If you have Hispanic/Latinx employees, be sure to get them involved! You’re celebrating them, after all! This is a great time to talk about family history, personal experiences, and learning opportunities.

On the flip side, don’t assume that just because someone is Hispanic/Latinx, that they’d want to take on the work to plan an event for the organization. That places the burden of responsibility on them, and if they’re a visible minority at your workplace, they might feel tokenized about their role at your workplace—especially if this initiative is a new thing at your company. Remember to acknowledge those who do choose to participate by recognizing them publicly (more on that later!).

Make it a party

In the spirit of inclusivity, you should encourage everyone at your company to celebrate Hispanic Heritage Month! Chances are, your fellow team members will appreciate and welcome your efforts.

In a survey done by Glassdoor, 57% of respondents believe their employers could be doing more to increase diversity and inclusion. And if your organization intends to grow or wants to prevent costly employee turnover, consider that two-thirds (67%) of active and passive job seekers consider a diverse workforce to be an important factor when evaluating possible employers.

Ok, without further ado, let's get to the good stuff!

Arrange a speaker or presentation

Contacting your local Hispanic Chamber of Commerce would be a great place to start, and they’ll have a lot of connections to the community that you can learn from.

Reading nonfiction or fiction is an excellent way to understand new perspectives, and there are so many beautiful books by Hispanic and Latinx authors out there. Why not gather a group of colleagues and start a book club? Here’s just a few that we crowdsourced from the Bonusly community!

The Undocumented Americans by Karla Cornejo Villavicencio
Borderlands/La Frontera: The New Mestiza by Gloria Anzaldúa
The Line Becomes a River: Dispatches from the Border by Francisco Cantú
The Crusades of Cesar Chavez: A Biography by Miriam Pawel
Frida: A Biography of Frida Kahlo by Hayden Herrera
Enrique's Journey by Sonia Nazario

Watch a movie or documentary

During Hispanic Heritage Month in 2020, Bonusly's Diversity, Equity, and Inclusion Advisory Board hosted a watch party of Under The Same Moon, a 2007 film by Mexican director Patricia Riggen.

This was the third watch party our DEI Board hosted in 2020 and the format presents an opportunity to bond as a team while consuming media by underrepresented identities that we might not normally take in. Ask your team: are there any documentaries or movies about the Hispanic/Latinx-American experience that they’re itching to see?

For Hispanic Heritage Month 2021, our watch party shortlist includes Which Way Home, a 2009 documentary film by Rebecca Cammisa, and The Beast, a 2020 documentary by Pedro Ultreras. 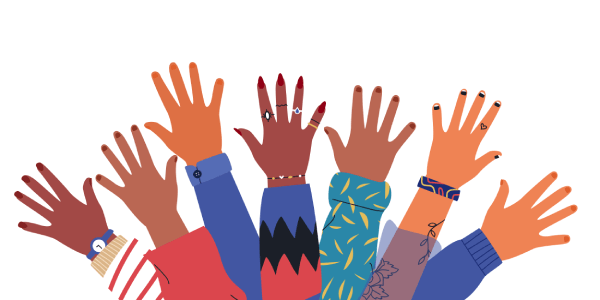 Volunteering with local nonprofits and charities is an excellent way to help the community, bond with your team members, and even inspire engagement and motivation in the workplace!

Lending your support as an organization is uniquely powerful because you can bring a lot of helping hands to a project, but you can also form corporate partnerships and create lasting relationships by establishing internship, apprenticeship, or recruiting programs. Once again, reach out to your Hispanic Chamber of Commerce to connect to local businesses and entrepreneurs, to see how you can help.

Pool your resources together or arrange a fundraiser to support racial justice. Sometimes, the gift of money is the most impactful thing you can give to a charity, especially when it comes to education or legal funds.

Check out Voto Latino, a Latinx civics organization that hopes to boost Latino civil engagement in the U.S., and RAICES, an organization dedicated to providing legal services to both documented and undocumented refugees and immigrants.

Okay, we have to recognize the incredible cuisine that comes from Latin America! 🤤

At Bonusly in 2020, a few of our colleagues hosted a pozole cook-along. Food is a great way of experiencing another culture, and eating together is one of our favorite ways to bond as a team.

Take it a step further by establishing a diversity, equity, and inclusion committee at your organization. This act shows that your company is dedicated to making your team environment a better place, and encourages a free-flowing of ideas and feedback between employees and leadership.

We firmly believe that employee recognition is crucial to building inclusive workplaces.

When Culture Amp and Paradigm surveyed over 7,000 individuals from 35 organizations, they found that a sense of belonging was the single metric that was consistently and universally tied to workplace commitment, motivation, pride and recommendation.

Plus, did you know that the correlation between belonging and engagement was stronger for underrepresented groups?

Teams with inclusive cultures outperform their peers by a staggering 80%, but only about 11% of organizations can say that they have truly inclusive environments. There is always room to improve.

One way to reach those metrics is to ensure that more people are recognized, which often means you also have to diversify the parties responsible for giving recognition. The simple act of implementing 360-degree and peer recognition at your workplace can make a big difference in your inclusion metrics.

There’s plenty of time to plan a fun event for your organization to commemorate Hispanic Heritage Month together!

Has this post sparked inspiration? Tell us your ideas in the comments below, or check out these additional resources: